US and Jerusalem: Senators plan to recognise city as Israel's capital, relocate embassy 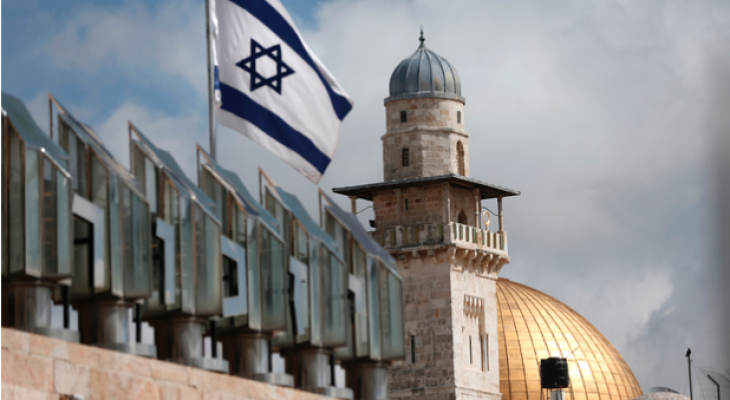 Republican senators have introduced a bill to recognise Jerusalem as Israel's capital and relocate the US embassy there from Tel Aviv, a move backed by President-elect Donald Trump but one that Palestinian leaders say will deal a fatal blow to prospects for peace.

Ted Cruz, Dean Heller and Marco Rubio unveiled the Jerusalem Embassy and Recognition Act on Tuesday, the latest in a long line of Republican attempts to recognise Jerusalem as Israel's capital.

Trump has repeatedly promised to relocate the embassy. David Friedman, his nominee for ambassador, has said he looks forward to serving in Jerusalem.

But it is a pledge critics say could unleash violence and imperil any hopes of a peace process with Palestine and the future of a two-state solution.

The status of Jerusalem has been a divisive issue with the Palestinians since the Israelis occupied it in the 1967 war. East Jerusalem is seen by Palestinians as their historic capital.

Cruz said: “Jerusalem is the eternal and undivided capital of Israel. Unfortunately, the Obama administration’s vendetta against the Jewish state has been so vicious that to even utter this simple truth – let alone the reality that Jerusalem is the appropriate venue for the American embassy in Israel – is shocking in some circles.

“But it is finally time to cut through the double-speak and broken promises and do what Congress said we should do in 1995: formally move our embassy to the capital of our great ally Israel.” 'Jerusalem is the eternal capital of the Jewish state of Israel, and that’s where America’s embassy belongs'

Rubio said: “Jerusalem is the eternal capital of the Jewish state of Israel, and that’s where America’s embassy belongs.

"It’s time for Congress and the president-elect to eliminate the loophole that has allowed presidents in both parties to ignore US law and delay our embassy’s rightful relocation to Jerusalem for over two decades.”

The US embassy has been in Tel Aviv’s Hayarkon Street for half a century and US policy has held that the status of Jerusalem will only be determined in final talks between Israel and the Palestinians.

Congress passed a law in 1995 ordering the move to Jerusalem. However, every president since then has prevented it, often citing “national security concerns”.

Saeb Erekat, a senior Palestinian peace negotiator, warned in December that moving the embassy would result in the “destruction of the peace process as a whole”.

"Donald Trump’s announcement of his cabinet… is his business,” Erekat said, but added: “What is not Donald Trump’s business is to determine the capitals of other nations, especially when it comes to occupied East Jerusalem.”

He said there was a difference between “the interest of this person or that person” and "the long-standing position that the United States took since 1967 - considering the annexation of East Jerusalem as illegal” and its control of the West Bank as illegal.