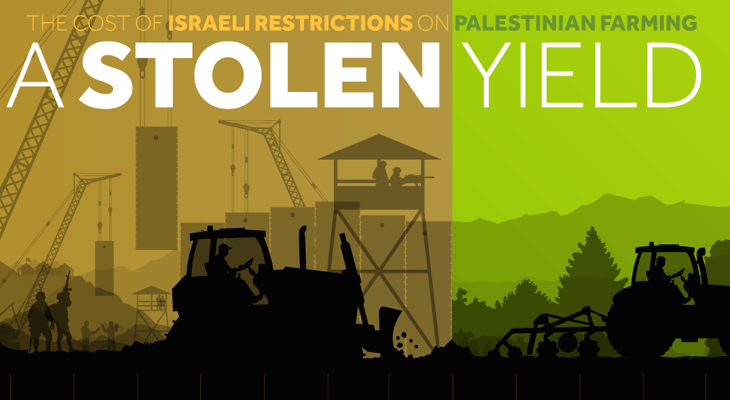 The 5th of June marks the start of the Israeli occupation of the Palestinian West Bank and Gaza Strip that began in 1967.

Today, nearly half a century later, the occupation continues to have a devastating impact on the daily lives of Palestinians. This graphic example of the impact can be seen through the Israeli restrictions exerted on the Palestinian economy.

"A Stolen Yield" infograph highlights the economic losses faced by Palestinian farmers, amounting to at least $2.2 billion each year. These losses result from Israeli land expropriation, severe restrictions on water and fertiliser use, and restrictions on international trade.

At the same time, Israeli settlers benefit from farming stolen land in the West Bank, and Israelis exploit over 80% of the water extracted each year from the mountain aquifer in the occupied West Bank.