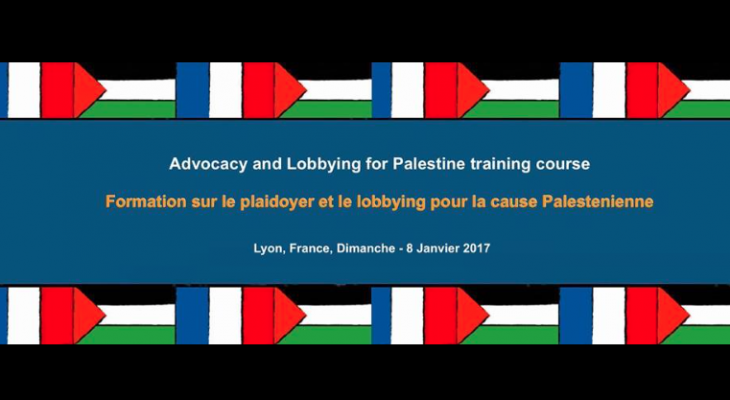 The training consists of three specific areas designed to equip you with the skills and knowledge to enable you to effectively lobby for Palestine in France.

The training will develop your activism skills through each of the three sessions.

Trainees will gain a thorough knowledge of the French systems of governance, political thought, and activism in relation to Palestine in France. In addition to an analysis of French based pro-Palestine NGOs and their role in mobilising support for Palestine within the French society.

Lecture about the International dimensions of the Palestinian issue and the European tole in solving the long lasting conflict.

Training session: The role of non-governmental organisations (NGOs) in mobilising support for Palestine and mapping out the pro-Palestine NGOs in France.

Training session: The role of French media in mobilising for Palestine.