Making sense of the UK elections 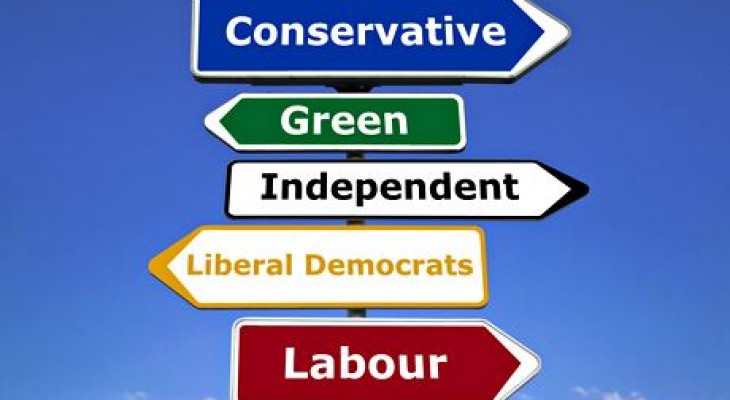 British politicians are courting the public for their all-important votes in what is evolving to be one of the least predictable elections in decades.

Search beyond the calculated soundbites that get repeated ad nauseum, and what emerges are genuinely divergent views on the future of the UK and on the role it should play in the world.

So far, foreign policy has played second fiddle on the campaign trail to domestic concerns such as the economy or immigration - even though some of the toughest challenges the coming government will have to face lie far beyond British shores.

The unrelenting tragedy of mass deaths in the Mediterranean Sea is an arresting reminder of the deeply complex myriad of international issues awaiting whoever holds the balance of power come May 8.

What role will the UK play in addressing war and poverty abroad? If and when should military intervention be pursued? What immigration and resettlement policies will be adopted? Will the UK leave the European Union - and, if so, how will that affect its engagement with the rest of the world?

The issue of Europe and the UK's place within it has become a key electoral battle ground, as illustrated by the prominence of the anti-EU, anti-immigration UK Independence Party (Ukip).

The incumbent Conservative party, led by Prime Minister David Cameron, has a strong Euro-sceptic current within its own ranks and has offered an in-out referendum on the EU if re-elected back into power.

Whether the UK stays in the EU or not could have far-reaching implications on a number of policies impacting the MENA region. In the run up to the election we will join the dots between these ostensibly local debates and their relevance to the Arab world - from Palestinian farm hands working in Israeli settlements, to Syrian families boarding ships on Libya's shores.

The debate over the EU fits into a wider re-assessment of what role the UK plays in a fast-evolving world. With military clout on the wane and a public wary of foreign intervention after Afghanistan, Iraq and Libya, how do the different parties envisage Britain maintaining its influence in the region and beyond?

The answer to such questions could lie outside the traditional major parties, as another coalition government is highly possible.

Smaller fringe parties, such as the isolationist Ukip and the internationalist Greens, could end up enjoying some sway as they shore up coalitions led by either the Conservatives or Labour. The nationalists in the UK's peripheries - such as the Scottish Independence Party and Wales' Plaid Cymru - are also bringing alternative voices to the table.

This is relatively uncharted territory for the UK electorate, where politics has traditionally been dictated by the two major parties, with the liberal Democrats on their flanks.

Here in our special UK Elections 2015 pages, we will map out this new political landscape and what it means both for the British people and those around the world affected by UK foreign policy.

On the domestic front we will also bring you the voices of British Arabs and their aspirations in the upcoming elections.

Is foreign policy a priority - or are domestic issues such as housing, healthcare and education of more immediate concern?

Despite the large communities from across the Arab world that have deep roots in the UK, no British-Arab has ever held a seat in parliament, the House of Lords or a UK seat in the European parliament - not to discount the contributions of a lone Conservative MP of Iraqi-Kurdish origin.

We'll be exploring in these pages the roots of this political disconnect, as well as profiling those up and coming British-Arab political hopefuls who could break the mould.

The heightened focus in recent years on security and "counter-terror" has had a considerable impact on large sections of the UK's Arab and Muslim populations.

Al-Araby al-Jadeed will report on the communities at the forefront of the debate over how the next government should balance policing powers and surveillance on the one hand and civil rights and community cohesion on the other.

With political campaigns all too often micro-managed by teams of PR advisers, it is sometimes hard to discern the substance from the rhetoric - but we'll be bringing you the stories that bring clarity to the clamour and meaning to maelstrom.