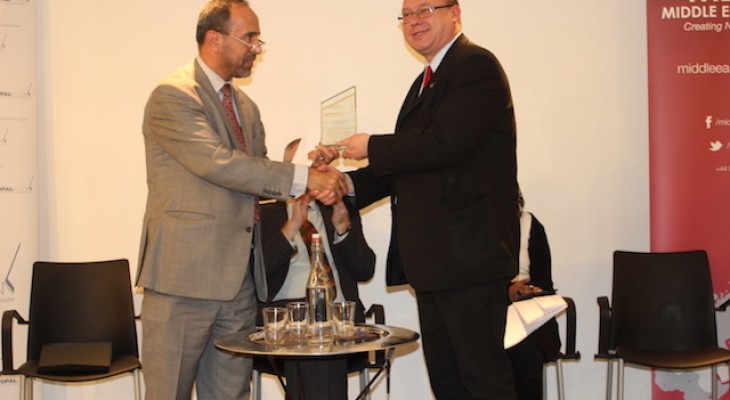 EuroPal Forum in collaboration with Middle East Monitor (MEMO), organised, on November 18, a meeting with a number of leaders from the Palestinian and Muslim community in Britain, with a number of British MPs who had a prominent role in the historical decision that voted for a motion urging the British Government to recognise the state of Palestine. The vote - which ended 274 to 12 in favour - is not binding on the government but is symbolically important.

At the start of the meeting, held at P21 Gallery in Central London, participants were served dinner to honour the MPs. The dinner was followed with welcoming words from the organisers, in which the Director of MEMO, Dr Daud Abdullah, said that the situation in Palestine necessitates that everyone seeks to convert this symbolic non-binding decision into a binding policy to be adopted by the current government or the next government. Dr Abdullah also spoke about the heated political situation in Jerusalem and the rest of the occupied territories, demanding that British politicians and international community rush to prevent any frenzy by demanding that the occupation stops all its provocations of Palestinians and Muslims in general with its repeated invasion and desecration of Al-Aqsa Mosque and its escalating efforts to Judaise the holy city of Jerusalem.

For his part, Zaher Birawi, Chairman of EuroPal Forum, said that the tribute is both to develop closer ties with pro-Palestinian forces in British society, as well as fulfilling the duty of expressing gratitude to those defending Palestinian rights in various political forums. Birawi claimed that the Palestinian and Muslim communities will not forget this honourable position taken by the MPs and political parties who defended the vote, and that the community will take this into account in the upcoming parliamentary elections. Birawi expressed the hope that this decision, further to its positive symbolism, will have a positive impact on the British political stance towards the Palestinian cause. Birawi asked the British government to listen to the voice of the people's representatives.

Former Labour Party MP, Martin Linton, said that without doubt this historical decision must be invested in to push the government to recognise the Palestinian state, and to convince the Labour Party to put the subject of recognition in its manifesto in the upcoming elections in May 2015. Linton added that the decision must at least be invested in to push labour and socialist parties in European countries to move down this route as soon as possible.

Baroness Jenny Tonge, member of the House of Lords at the UK parliament, referred to the positive change in the ranks of the Labour Party during their stay in opposition, and expressed the hope that they have the same advanced position on the Palestinian issue once they are in power. Baroness Tonge demanded that the Palestinian and Muslim communities organise their ranks and double their efforts to put pressure on party leaders to take fair positions and policies towards the Palestinian people, and called for the exploitation of the upcoming elections for the application of this pressure.

At the end of the meeting, the organisers presented a Palestinian keepsake award to Grahame Morris MP for his role in drafting the proposal, submitting it to the parliament, and defending it. Birawi, who presented the award, said that this symbolic tribute to the guests expresses thanks on behalf of the Palestinian community for standing with their case and defending their rights. Birawi stressed that the Palestinian people will never forget those who stood by their side during their ordeal.