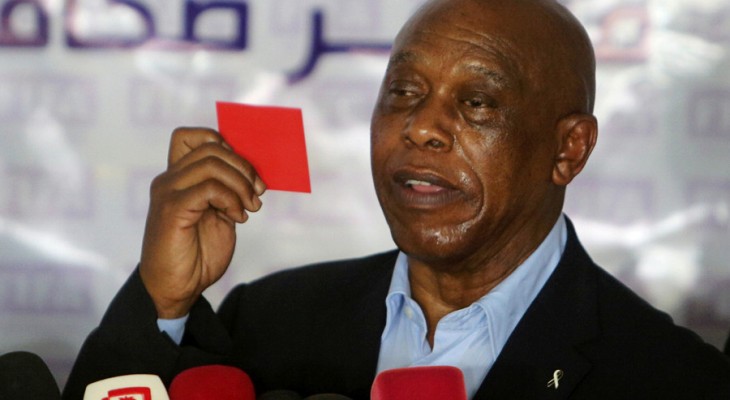 Human Rights Watch (HRW) has called for football’s world governing body, FIFA, to give Israeli settlement clubs the boot. The group calls for FIFA to stop violating its own rules and “fulfill its human rights responsibilities.”

Six Israeli football clubs are based in settlements in the West Bank, which have been deemed illegal by the UN and human rights organizations.

HRW calls for FIFA to order the Israel Football Association (IFA) to move all settlement team games to Israel or ban them altogether.

“By holding games on stolen land, FIFA is tarnishing the beautiful game of football,” HRW’s Israel and Palestine director Sari Bashi said. “FIFA has new leadership and has made new commitments to human rights this year. FIFA should step up now to give settlement clubs a red card and insist the Israel Football Association play by the rules.”

FIFA’s new president Gianni Infantino promised to move the international football association away from human rights and corruption scandals in order to focus on “the beautiful game.”

HRW accuses FIFA of “engaging in business activity that supports Israeli settlements, contrary to the human rights commitments it recently affirmed.” It says this props up “a system that exists through serious human rights violations.”

As Palestinians don’t have permission to enter settlements, unless they are laborers with permits, they can’t participate in or attend matches played in them.

“By offering these settlement activities to Israelis but not Palestinians, and on land that the Israeli authorities unlawfully took from Palestinians, these clubs, however good the intentions of their organizers may be, are contributing to serious rights violations,” HRW said.

The Palestinian Football Association (PFA) has already called for FIFA to address the issue.

Israel refers to the occupied Palestinian territories as “disputed territory” and has said FIFA should allow it to keep holding matches in settlements and not take a position on the West Bank.

The report published Monday was the result of a 150,000-strong petition and an open letter by 66 European politicians calling on FIFA to take action.

“The international consensus is that the West Bank, including east Jerusalem, is an ‘occupied Palestinian territory,’ not a ‘disputed territory’,” the letter reads. “The EU as well as the United States routinely exclude settlements from their cooperation programmes and agreements with Israel – and FIFA should do the same.”

A monitoring committee on Israel-Palestine was set up by FIFA last year and is due to make its recommendations at a FIFA council meeting in Zurich on October 13.

Israel was forced to lift a travel ban on Palestinian football players in August, after the players missed a leg of the Palestinian Cup final. FIFA acted on a complaint made by the PFA.