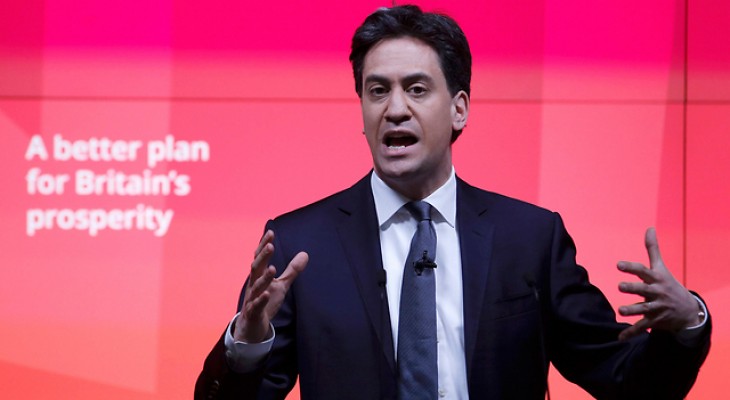 The leader of Britain's opposition Labour Party said on Friday he favoured recognising Palestine as a state if such a move would help bring about a broader peace deal in the Middle East.

Ed Miliband was asked by a reporter if Britain would recognise Palestine in the first year or two of his premiership, if Labour wins national elections on May 7.

"What we said at the time of that vote was that it was a vote about the principle of recognition. And clearly a decision about when recognition would take place was dependent on how it would constructively help negotiations."

"I am not going to get into, today, speculation about when that would precisely be. That is a judgment we would have to take at the time," he said.

Ireland, France and Italy have also held parliamentary votes on the status of Palestine in recent months. Sweden has gone further by officially recognising Palestine.