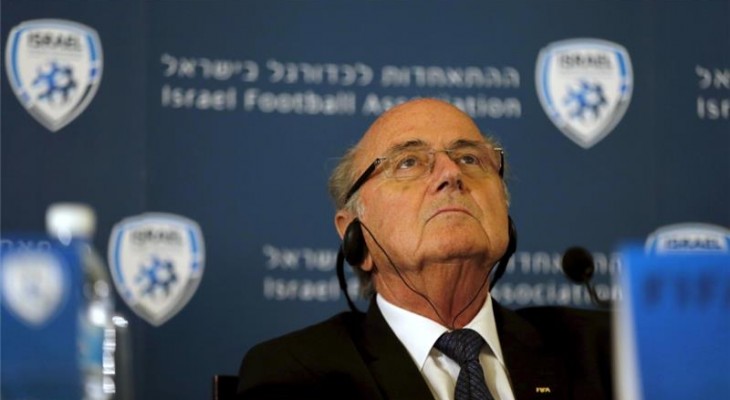 More than 60 European politicians have demanded that Israeli settlement-based football clubs be excluded from the Israeli football league in an open letter to FIFA.

The letter, addressed to FIFA President Gianni Infantino on Friday and signed by 66 members of the European Parliament, urges FIFA to "rule that settlement clubs either fully relocate within Israel’s internationally recognised borders or are excluded from the Israeli Football Association".

"We want to see football thrive in both Israel and Palestine. To that end, FIFA must not let football be an instrument of territorial expansion," the letter continues, highlighting that allowing Israeli settlement clubs to play is a violation of FIFA Statutes.

Alyn Smith, the Scottish National Party MEP who led the appeal, said: "All we ask is that FIFA sticks to the rules and keeps out of politics instead of allowing illegal Israeli settlements to prosper.”

FIFA regulations state that clubs from one member association cannot play on the territory of another member’s association without the latter's consent.

Israeli settlements in the West Bank are considered illegal under international law.

Hugh Lovatt, the Israel/Palestine project coordinator for the European Council on Foreign Relations, says this initiative “sends a strong message that FIFA will not be complicit in illegal Israeli settlement activities nor allow Israel to use football as a political tool for entrenching its hold over Palestinian territory”.

“... Such a measure sends a message to Israelis that prolonged occupation comes with a cost and will increasingly complicate their ability to pursue a business-as-usual approach with the international community,” Lovatt told Al Jazeera.

The letter comes before the FIFA Council meeting on October 13, where the association is expected to take a decision on the matter based on recommendations to be submitted by the FIFA Monitoring Committee Israel-Palestine.