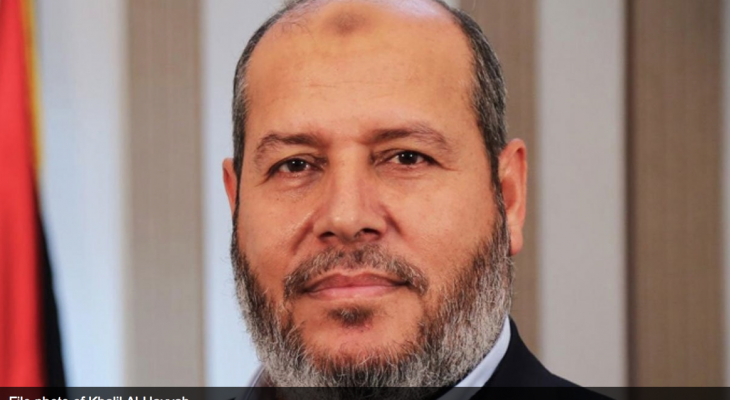 A senior member of Hamas political bureau said the Islamic resistance movement was ready to deal with any investigation initiated by the International Criminal Court, stressing at the same time that Hamas will not halt the resistance and will continue to defend the Palestinian people in the battle against the Israeli occupation.

During a conference entitled "Palestine and awaited justice at the International Criminal Court" organised by the Al-Mezan Centre for Human Rights on Thursday, Hamas senior official, Khalil Al-Hayyeh said that Hamas will not hand over any person to appear before the ICC, unless "the Israeli occupation leaders appear first".

Al-Hayyeh stressed that Hamas abides by international laws in its resistance. "The world cannot condemn or criminalise the resistance" he said.

Al-Hayyeh described prosecuting Israeli leaders for their crimes against the Palestinian people at the ICC as a "complex political battle", warning of employing the process for political purposes or to return to negotiations with Israel.

He called to employ this approach within a unified strategy to defend the Palestinian people.

Palestine became a full member of the International Criminal Court in April, 1 which allows it to prosecute Israeli officials over their crimes against the Palestinian people.

Palestinian Foreign Minister, Riyad Al-Maliki vowed earlier in a press statement that "the Palestinian Authority is ready to hand over any Palestinian suspect to the court".