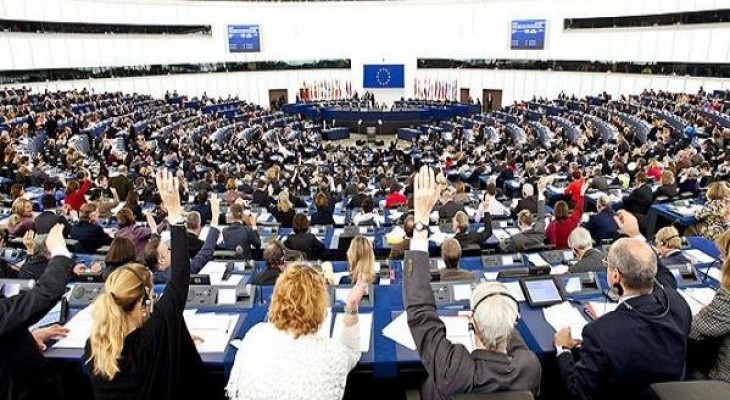 More than 30 MEPs have called on the EU High Representative, Federica Mogherini, to take measures assuring freedom of expression regarding the Palestinian-led Boycott, Divestment and Sanctions (BDS) movement for justice and equality and recognising Omar Barghouti, a co-founder of the BDS movement, as a human rights defender. Irish MEPs Martin Anderson and Nessa Childers are among the signatories.

While the signatories views on the BDS movement differ, they expressed concern regarding “growing attempts to silence and repress advocates of BDS” and called on the EU to “guarantee that it will not introduce measures aimed at limiting freedom of expression regarding the Middle East and BDS.”

Having failed to hinder the growing support and impact of the BDS movement in mainstream civil society, Israel has launched an unprecedented anti-democratic campaign to silence Palestinian narratives and outlaw BDS advocacy.

The Israeli-induced attacks on the BDS movement are advanced through putting pressure on governments, legislators and officials to fight BDS activity through implementing repressive measures that pose a threat to civil and political liberties at large.

Aneta Jerska, the coordinator of the European Coordination of Committees and Associations for Palestine (ECCP) said:“It is really empowering to see that a growing number of MEPs are taking a clear stance in defence of civil society actor’s right to advocate for BDS, as a matter of conscience, free speech and as a nonviolent means of political expression.”

Riya Hassan, Europe Campaigns Officer for the Palestinian BDS National Committee, the broadest coalition of Palestinian organisations that leads and supports the BDS movement, said: “This letter shows that support for the right of citizens and organisations to take part in the BDS movement continues to grow in Europe, just as it is growing across the world. There is mounting concern about the attacks on democracy that are taking place in order to help shield Israel from accountability and criticism.

“It is high time for the EU to listen to Palestinian and European civil society calls and bring an end to its complicity with Israel’s violations of international law and human rights. The EU must adhere to its own obligations and protect citizens freedom of expression and political assembly and assure the protection of Palestinian human right defenders.”

This letter echoes growing European political and civil society calls for protecting the freedom of expression of activists and organisations involved in BDS activity for Palestinian rights.

More than 350 European human rights organizations, trade unions, church groups and political parties, have called on the European Union to defend citizens and organisations right to boycott Israel in response to its occupation and violations of Palestinian rights.

Representatives of the Swedish, Irish and Dutch governments have publicly defended the right to advocate and campaign for Palestinian rights under international law through BDS.