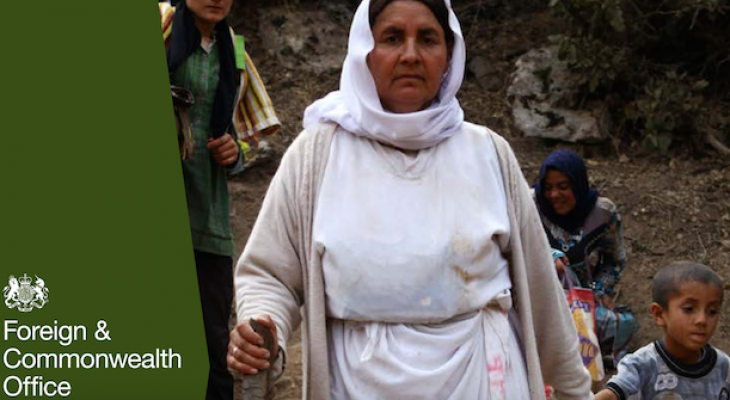 Throughout 2014, the UK supported the United States-led push for a comprehensive settlement of the Israeli-Palestinian conflict; we were disappointed that greater progress was not made. We stand ready to assist the parties if negotiations resume.

We remained seriously concerned about the human rights situation in Israel and the OPTs in 2014. Our principal concerns related to the Israeli government’s violation of international human rights and humanitarian law in the context of Israel’s occupation of the OPTs. And we continued to have concerns about serious human rights abuses by Hamas.

The humanitarian situation in Gaza deteriorated significantly. The summer conflict left over 2,000 people dead, and more than 100,000 homeless, with 450,000 lacking access to clean water. To date, reconstruction has been insufficient.

The Israeli authorities continued with settlement expansion, reintroduced punitive demolitions of Palestinian property, and made little progress to ease restrictions on movement and access. Access to the Holy Sites in Jerusalem was restricted on several occasions, including the Haram al Sharif/Temple Mount being closed to all faiths for the first time since 2000. There was also a lack of progress on the rights of minorities.

We continued to seek improvements in the treatment of Palestinians in detention, notably children. The Israeli authorities took some positive steps, including a change in procedure to use summonses in place of night-time arrests. We will push for these changes to be fully implemented and to encourage further changes in practice.

We continued to have concerns about breaches of human rights under Hamas, the de facto government rule in the Gaza Strip, particularly during the summer’s conflict, with reports of the use of human shields and extrajudicial executions. We were also concerned by continued reports of mistreatment towards detainees by the Palestinian security forces in the West Bank.

In 2015, we will support genuine efforts towards a final resolution to the conflict. We will work for all sides to maintain calm, and take steps towards peace. We will continue to oppose any aspects of the Israeli occupation that violate human rights and humanitarian law. We will push for the cessation of construction of settlements, which the UK condemns in the strongest terms, maintenance of the status quo at Haram al Sharif/Temple Mount, and the necessary reconstruction and improved movement and access for Gaza.