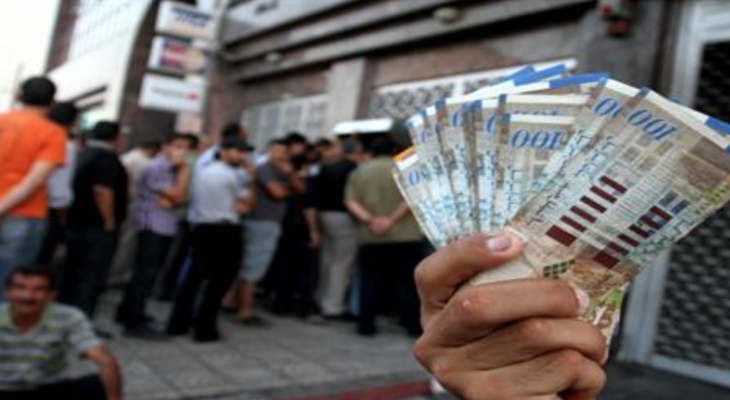 A standoff over Israel’s withholding of tax payments to the Palestinian Authority has drawn mounting complaints of hardship in the West Bank, where civil servants have seen their salaries slashed and some teachers don’t have enough cash to commute to work, according to officials.

Abdel Rahman Bayatneh, spokesman for Palestinian Authority’s Finance Ministry, said some hospitals in the West Bank are running short of medicine in the growing financial crisis over Israel’s refusal for three months to pay more than $125 million in monthly tax revenues it collects on behalf of the authority.

Israel cut off the transfers to the Ramallah-based administration that governs the West Bank in response to the authority’s decision in January to join the International Criminal Court. The move opened the way for the Palestinians to pursue war-crimes prosecutions against Israel for Jewish settlements in the West Bank and for military operations in the Gaza Strip.

“If we don’t get money soon, we won’t be able to manage, not even for another month. We could collapse,” said Luay Hanash, director general of the authority’s customs unit, which receives the taxes collected by Israel. “We’re not asking for a donation,” he added. “This money belongs to the Palestinian Authority.”

Israel had telegraphed in advance that it would suspend the tax payments if the Palestinians went ahead with the ICC plan—a decision that came amid a series of moves by the authority to unilaterally gain international recognition for Palestinian statehood in frustration over the collapse of peace talks with Israel. The strategy angered Israel and the U.S., which maintain that Palestinian statehood should only be achieved through a mutual agreement.

“Israel took its actions concerning the transfer of tax money after a series of violations of agreements that the Palestinians initiated” said an Israeli government official, adding that the authority’s joining of the ICC violated the Oslo peace accords which stipulated it must cooperate and negotiate with Israel. “If the PA has complaints against Israel, I would ask them to look in the mirror—what did they expect Israel to do?” the official added.

Palestinian officials said Israel’s withholding of up to 70% of the Palestinians’ monthly revenue could soon leave them unable to administer and police the West Bank and its 2.7 million people.

Last week, the Palestine Liberation Organization, a coalition of Palestinian factions that represents Palestinian interests internationally, urged the authority to stop cooperating with Israel in policing the West Bank, a move that appeared to be aimed at pressuring Israel to release the money. The authority so far hasn’t taken that step.

U.S. Secretary of State John Kerry warned last month that pressuring the authority financially might oblige it to disband, which under international law would oblige Israel to govern the West Bank by itself. The State Department also opposed the authority’s decision to join the ICC, saying it was “counterproductive and [did] nothing to further the aspirations of the Palestinian people.”

Palestinian officials said it is plausible that the financial crisis could render the Palestinian Authority unable to govern. They said the authority has been limping along with $100 million in loans from local banks and the 30% of the budget that is covered each month by international donors.

The tax-collection scheme, dating to the Oslo accords of the mid-1990s, was intended as a temporary measure, one of many such arrangements pending the establishment of an independent Palestinian state in the West Bank and Gaza. But in the absence of a comprehensive peace settlement between Israel and the Palestinians, it has endured.

The tax embargo is the second Israel has imposed in three years in retaliation for the unilateral Palestinian steps to achieve international recognition as a de facto state.

Israel has said it would use about $75 million of the withheld funds to pay half the $150 million the authority owes to Israel’s state-owned power company for electricity supplies to the West Bank.

So far, the authority has reduced the salaries of its 170,000 civil servants by as much as 40%. Police are receiving about half their fuel allotment for official vehicles and may get none next month, officials said.

Some West Bank hospitals face drug shortages, according to the finance ministry spokesman Mr. Bayatneh. An official at one of the hospitals suffering from shortages said his hospital had been forced to curb kidney dialysis treatments and added that many hospital pharmacies have already run out of drugs for treating multiple sclerosis and epilepsy.

Mr. Hanash, the customs official, said the government is trying to recalculate its budget to keep the schools and hospitals functioning.

The Israeli official wouldn't comment on the medicine shortages, saying he wasn't aware of the situation.

Osama Nazal, a 39-year-old translator at the authority’s broadcasting network, said his salary was cut in January from $800 a month to $630. Since then, he has taken 12 vacation days to avoid the costly, 90-minute commute to work and arranged with his grocer to take half his purchases on credit. He and his family borrowed heavily to pay the costs of his mother’s funeral in January.

The squeeze has extended beyond government. Ahmed Aweidah, head of the Palestinian Stock Exchange, reports a 10% decline in the 48 companies listed since this time last year. He said market had anticipated the Israeli action by the end of 2014 and adjusted prices accordingly.

Nadia Deek, a civil servant in the social affairs ministry, is trying to make do on a salary that has been cut to $240 a month. She said a back injury has prevented her husband from working, leaving her the sole breadwinner in a family of six. Since February, she said, they haven’t paid electricity or water bills.  “How am I supposed to run a household?” she asked.

Hamudah Daqmaq, a butcher, tried to pawn three antique coins at a variety store. Many of his customers are civil servants. “People look at the meat, but don’t buy it,” he said.

The owner of the variety store offered him 50 shekels, about $12 dollars, leaving Mr. Daqmaq disappointed. “I thought they’d be worth more,” he said.