The Israel lobby and the European Union Report Launch in Brussels 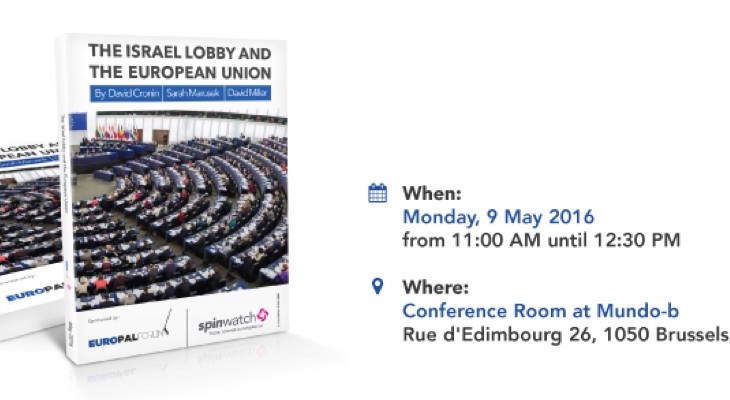 The influence of the Israel lobby in the US is well known; most presidential hopefuls have competed with each other in recent weeks to see who can curry the most favour with this powerful lobby.

By contrast, there has been little scrutiny of the pro-Israel network in the European Union capital, Brussels, despite its considerable growth over the past decade.

A new report, The Israel Lobby and the European Union, challenges the secrecy surrounding this network. It identifies where pro-Israel groups receive their funding and how some of their donors have facilitated Israel’s   illegal colonisation of the West Bank. It examines how the lobby has persuaded law-makers to refrain from sanctioning Israel over its human rights abuses. And it analyses how Israel’s supporters have been trying to undermine grassroots campaigning for justice in Palestine.

Importantly, The Israel Lobby and the European Union uncovers the transatlantic character of the Israel lobby, with most of the newly launched pro-Israel groups in Brussels having financial and/or organisational links with some of the most right wing and Islamophobic elements of the more established lobby in the US. 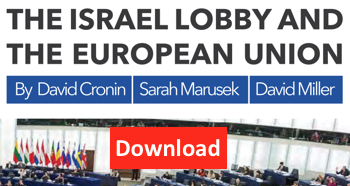