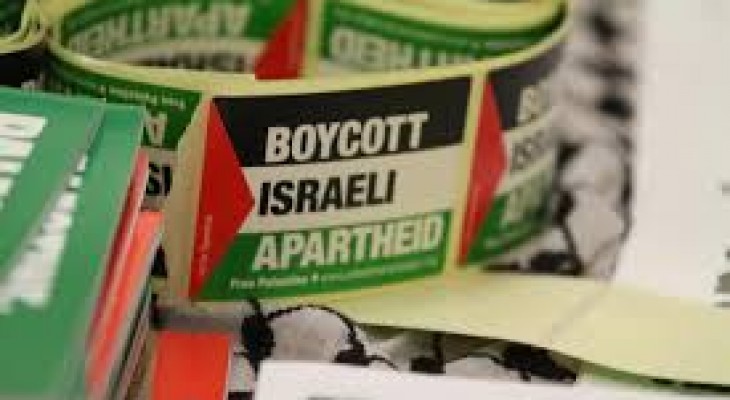 · French and British Jews stand up for Palestine at public meeting in Leytonstone, April 20

April 4 – Supporters of the Palestinian boycott, divestment and sanctions (BDS) campaign, inspired by the boycott which helped end apartheid in South Africa, are facing a witch-hunt of increasing intensity as the UK, US and some European governments attempt to silence them. Supporters of Israel are using hysterical accusations against BDS, alleging that it spreads antisemitism and promotes terrorism. These smears are refuted by boycott campaigners, including the many Jews who hold leading positions in the movement.

Waltham Forest Palestine Solidarity Campaign (PSC) invites everyone interested in learning more about this growing, non-violent campaign to achieve justice for the Palestinian people to hear Jewish representatives of major BDS organisations in Britain and France speaking about their work, in Leytonstone on Wednesday April 20.

Jean-Guy Greilsamer of BDS France was until recently co-president of the French Jewish Peace Union. He will speak about the boycott campaign in France where draconian government measures have led to activists being arrested for wearing pro-BDS T-shirts.

Mike Cushman, activities organiser of Jews for Boycotting Israeli Goods (J-Big) and a prominent member of the British Committee for the Universities of Palestine (BRICUP) will report on an academic delegation to Palestine last year which uncovered gross discrimination against Palestinian students and lecturers.

The meeting will be chaired by Naomi Wimborne-Idrissi, secretary of J-BIG and a member of the organising collective of Artists for Palestine UK. APUK has enlisted support from more than 1,100 writers, filmmakers, musicians, playwrights, actors and other artists for the cultural boycott of Israel.

The public meeting, organised by the Waltham Forest branch of the Palestine Solidarity Campaign (PSC) will be held on 20 April, 2016 from 7.30 pm at St John’s Church Hall, High Road Leytonstone, London E11 1HH
Entrance is from the Matalan side. The venue is three minutes’ walk from Leytonstone Underground station.